Here is a recently completed repair / refurb job on a set of 1870ish ebony bagpipe.

Ron Bowen and myself spent quite a bit of time trying to figure out the maker of these pipes but in the end, we were undecided. Here is a quote from Ron that he posted on his FaceBook page:

For anyone who does not know Ron (Ringo) Bowen, he is the owner of the Bagpipe Museum so he has seen and knows more about old pipes than anyone else I know. If he is unable to determine a maker then it is probably not possible. 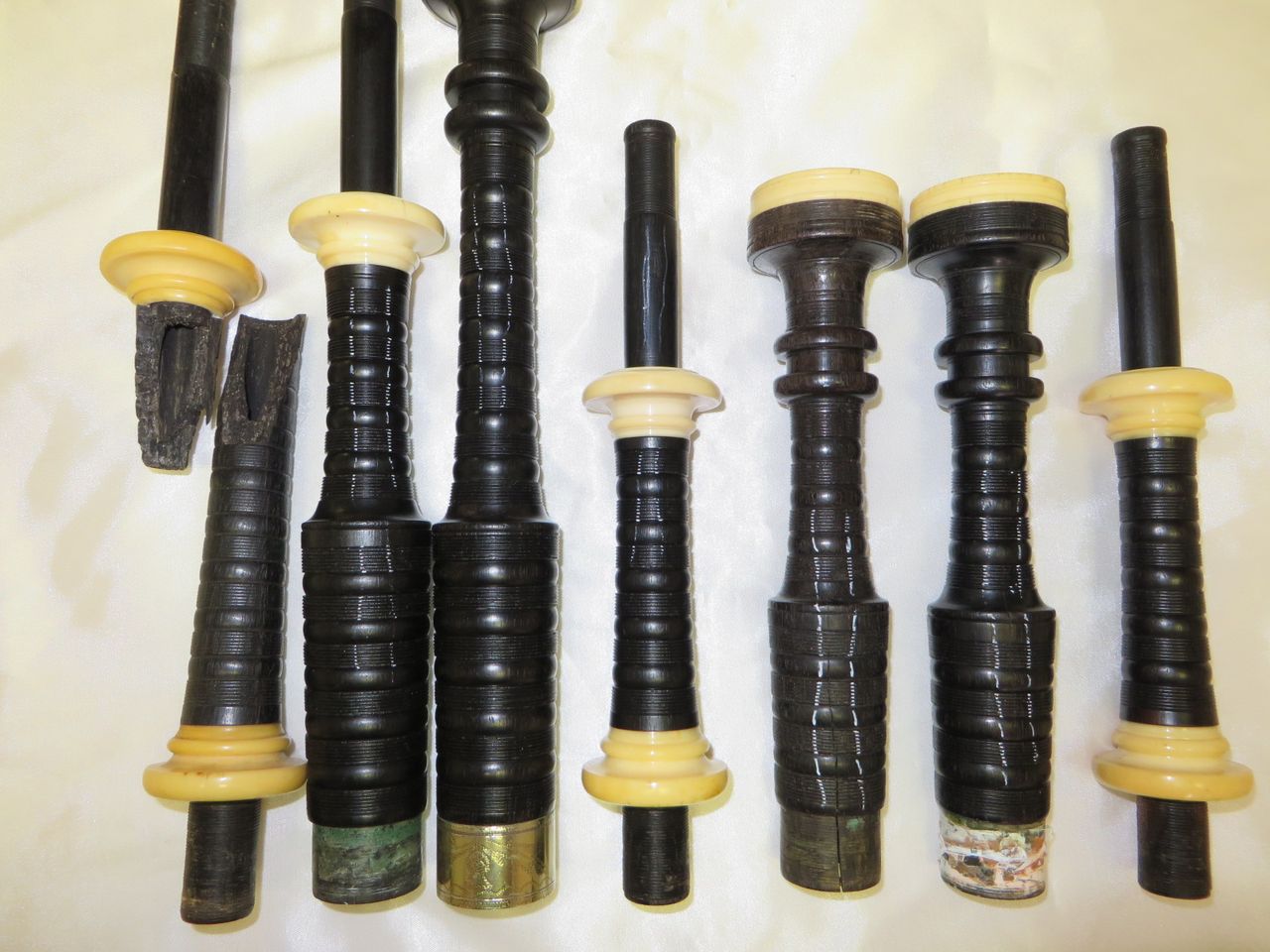 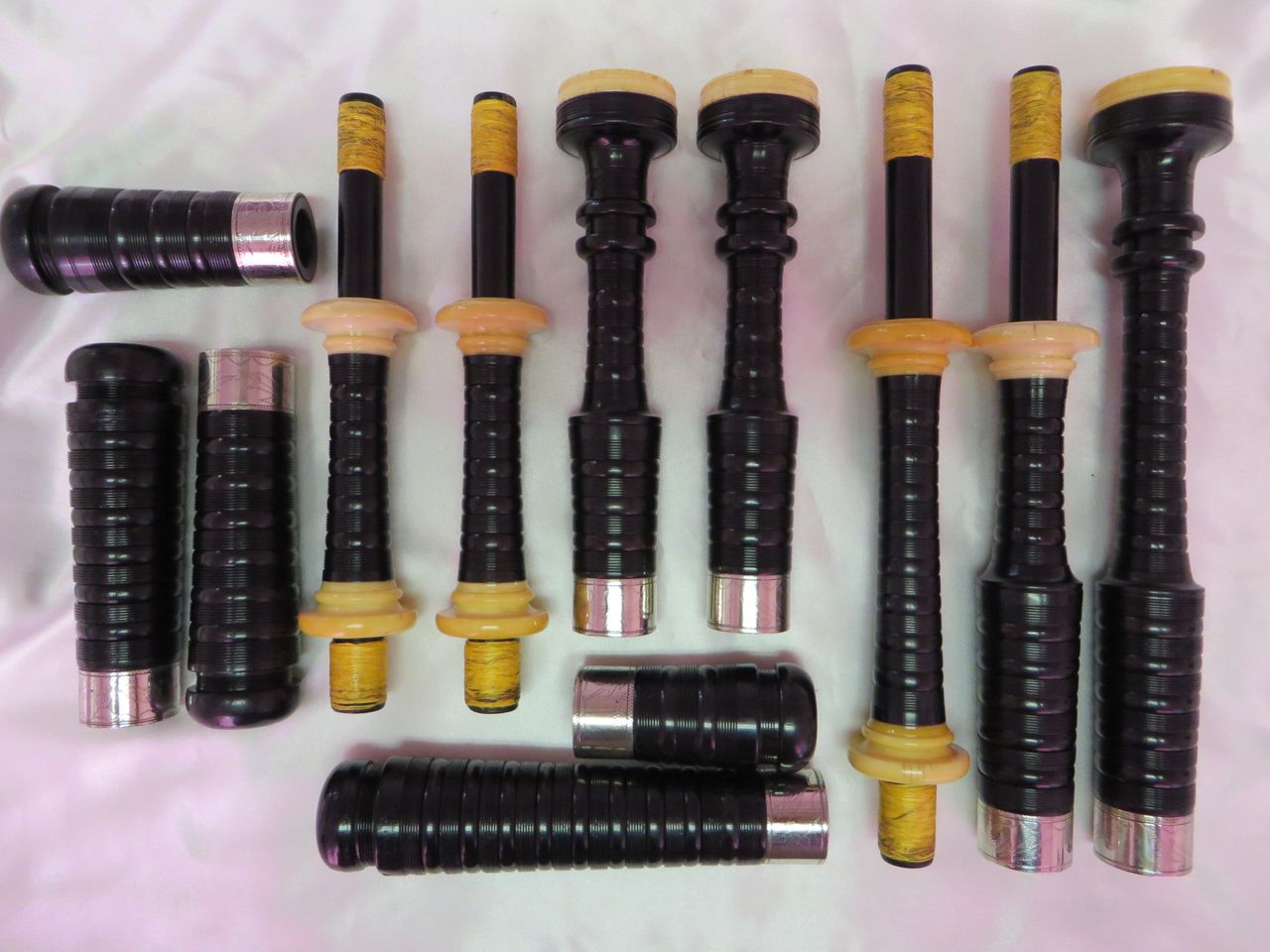 Click the pictures above to take you to a gallery with many more shots.

The picture on the left shows the pipes as we received them. The white lines on the parts are cracks that needed to be repaired (remember, these pipes are made from ebony so any cracks would have to be invisibly whipped). Yes, that is the original bass bottom section on the far left of the picture which is broken in half.
The picture on the right shows the finished product. This was very time consuming but they turned out fantastic. The bass bottom section was bonded back together (with invisble whipping) and when it was done, ran perfectly true on the lathe.
Home
About Us
My Shopping Cart
Search
Terms
Privacy Policy
Contact Us
FAQ
©Copyright J. Dunbar Bagpipe Maker Ltd., all rights reserved